It is by Will one walks with Grace,
compulsive artists mark

That 'Ol Dream comes round again,
and life breathes deep, the hues
of vivid Peace
Posted by Unknown at 17:10 No comments:

Yesterday I spoke with an acquaintance on the effect of the morning news on the minds of man...

Addicted to the trauma of shock and awe that perpetuates and validates a will-driven, flesh-oriented mindset.

Contrast this to Breakfast with God in the mornings. When you make him the center of your being you can't go wrong. His perfect peace is a mountaintop view that sets all things in perspective.

Where you start your day is a strong indicator for where your day will end up.

How blessed we are in this generation to Eat His Words,
To partake of the Bread that grows us up to Eternal life with Him.

His Word is a loaf that satisfies the mind and soul, served up fresh with love every morning.

Breakfast with God
Get your day started right﻿

From a Wall of Verdant Green 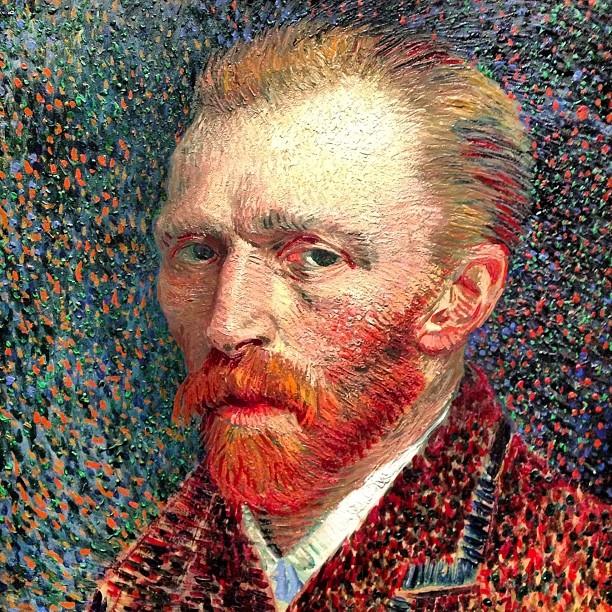 There are moments when you encounter a thing of true beauty.
Life stands still as it impresses on the mind.

I remember the day I encountered the physicality of Vincent Van Gogh's self portrait at the Museum of Groningen, in the Netherlands.  Out of the corner of my eye, from against a wall of verdant green, his gaze pierced through time and caught me as if by chance...


I stood mesmerized by the intensity of the light rippling across the painted surface.
The depths of such love carved its likeness in me.

may we remember such moments forever. 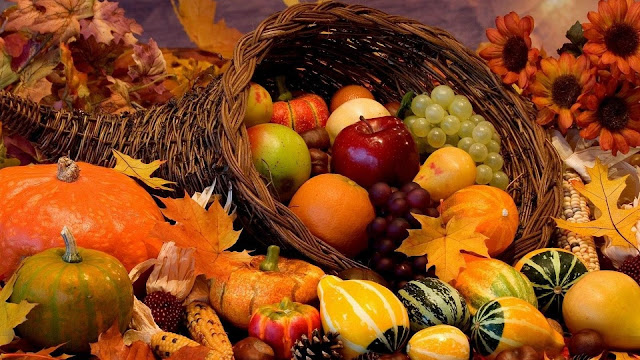 There is a quiet desperation of Spirit in the month of October,
a certain beauteous frailty among the meek and humble.
When confronted with the Dread Majesty of God,
man bears witness to his weakness and must choose.

Blessed Yom Kippur
The Day of Atonement  (... what it means to me)


This evening will mark the Holiday of Yom Kippur;  the Holiest day of the year for the peoples of God.  I for one feel very blessed to be aware and on time to take part in this "Sabbath of Sabbaths".


Though I am not Jewish by birth,  I am purchased with a Price into the family of God. I personally delight in honoring his Holy Days, and I love to grow in understanding of the time pieces he set in place for us to worship and grow closer to Him in Spirit and in Truth.


Our trials in life chisel and shape us to fit into position; We are fired through from soft lumps of coal into diamonds in the rough. The pressure we endure changes us,  that we may ring from the core of our being,  reflecting and refracting the Truth in Love, His Light,  in all directions.

Every stone chosen serves a function,  as each facet supports and exerts pressure, from individual pieces to one unified whole.  The Egyptians chose from only Perfectly Split Granite stones to bear the burden of form and function in Pyramid construction.

But it is so much easier to despise the workman, and mourn our faceted parts.   To take offense and prefer His Staff over the Rod of correction.  When we forget that it is by both that He calls us His own.    I once heard Pastor Charles Stanley say of The Father, concerning a rough part in his life:  "Whenever you receive criticism,  consider it coming from Me "

I believe this is what it means to walk with Grace

"The quarrymen paid special attention to the corner stones. These stones had to support and absorb the enormous weight of the pyramid that pressed down and side-wards, so they had a special shape and were very massive. The angle of the very corner was very difficult to achieve and asked for high precision in workmanship. The outer stones all had to be very precisely cut, because here the angle of inclination of the pyramid was defined."   Building the Great Pyramids

Incisions & Decisions Must be Made 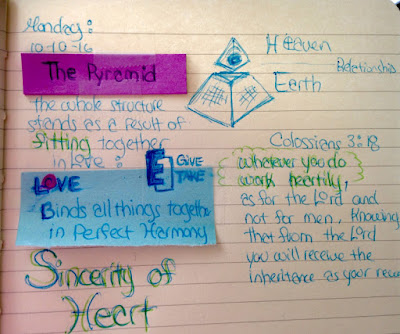 I glanced at my starched-white cuffs at a recent interview and reflected;  "Everyone hates the leader, they receive all the praise when things go right,  and all of the fire when things go wrong.   Yet you know this is the role, and you make the best decisions possible, what is important are your reasons behind the decision. "


The Debates:
Substance vs Surface

I watch from the perspective of one seeking evidence of Competency rather than Personality.   After all "Charm" is a thing for snakes and performers.

Ours is a culture of over sensitivity and political correctness;  and this,  I believe only breeds a weaker generation successively.  If we cannot name a thing for what it is,  if we condemn the gift of discernment in judging for ourselves what is Good or Bad, in knowing a thing to be either a Hand or a Foot, then America  has fallen far from that Transparent & Earnest culture it once shone forth in aspiration to be.

(s)He who occupies the seat as Commander-in-Chief is chosen to serve a function:  making the hard decisions for the betterment of the country and not for personal gain.   One must have foresight and make decisions as if in hindsight 20/20.   They must have vision... as a gem-cutter must calculate and  shape and polish a gem to refract to the trajectory of light,   so the country must be shaped to bear witness to and act on the Truth.

I wonder with what Kingdom and Age in history could America be likened unto today?   If strategic moves are as chess my question is:  is it better  to make an Offensive or Defensive move this round?

Some like to say "We're not called to judge".    Yet there is distinction between members.
And each are called according to a purpose, that the whole may give glory to God.

The stone which the builders rejected, has become the cornerstone
Psalm 118:22

The relationships between structure, form and function is exclusive,
This too is Love; in progression ﻿

Spending time alone with The Lord in the morning is the most invigorating, enlivening,  restful and restless undertaking that man could ever hope to enter.     He blesses us with His Holy Presence,  and the window of the Temple opens,   breathing a sweet breeze of clarity,   truth and love into our very hearts and minds.

He enlivens our core,   and raises us up from the inertia of the World,  bringing us in rather,  to closer orbit of His Word.

"Fresh from the WORD "

I John 2:5  Whoever keeps His Word,  in him truly the Love of God is perfected.  By this we may know that we are in him:  whoever says he abides in him ought to walk in the same way in which he walked.

Truth echoes from the beginning of time, reverberates through the fabric of reality,  that we may catch glimpses of His steadfast love  every single morning. ﻿ 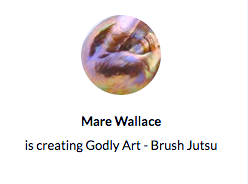